Oceans and Seas can be tested for a number of purposes.  Some water quality tests measure salinity, or water level, or density of water.  Water testing can be done for oxygen or pH levels.  Water quality tests look at the chemical, physical, biological and radiological make up of a water sample.  Often seas and oceans are tested at beaches for the presence of pollution including bacteria or viruses that may harm the local ecosystem.  The US Environmental Protection Agency (EPA) has set limits to the amount of pathogens that are safe for people to encounter in beaches and bays.

Ocean and Sea Testing is a process of testing the water from a certain area to measure water quality.  A variety of test can be performed to aid those studying the ocean to those that want to play on the beaches.

Contract Laboratory can help you with all your Oceans and Seas testing, analysis, scientific research and development, inspection, certification, engineering, failure investigation, and product development needs including:

Type of Oceans and Seas Products

Contract Laboratory can assist your company, academic institution, government agency or organization in outsourcing contract laboratories to perform testing, analysis, and product development for many Oceans and Seas finished products, processes, systems, in-process materials, raw materials and components such as: 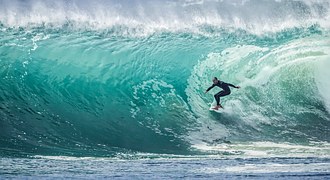 We can help with all your Oceans and Seas lab testing and scientific research needs! Call 1-855-377-6821 or